This Vegetable Mole is a simplified, vegetarian version of the traditional Mexican dish, made with sweet potatoes, red peppers, kidney beans and sweetcorn. 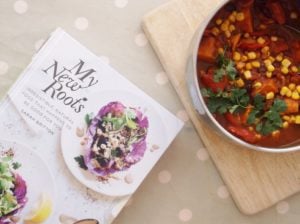 Last week I reviewed Sarah Britton’s fabulous recipe book My New Roots. One of my favourite recipes from that book was her 10 Spice Chili (she’s Canadian, hence the North American spelling of chilli). Her inspiration for this dish came from the traditional Mexican sauce ‘mole’ (pronounced mol-eh and not like the animal who likes to dig up your garden!).

According to the lovely Wikipedia, a traditional Mexican mole might include 20 or more  ingredients, including chillies, tomatoes, tomatillos, cumin, cloves, garlic and cocoa. The ingredients are roasted and ground and then water is added to make a sauce. The sauce is then simmered until it is very thick. The process is very labour intensive and can often take a day or more. Though obviously these days the sauce is made commercially and can be bought from a shop! 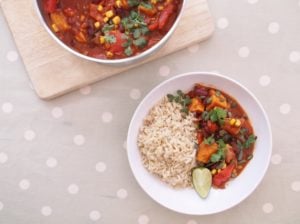 Sarah’s recipe in My New Roots is nowhere near as labour intensive, but it still involves 10 herbs and spices – not all that practical for most people, who don’t have a large cupboard of herbs and spices at their disposal, and consequently not one that really fits in very well with the ethos of Easy Peasy Foodie! The dish was so lovely, though, that I wanted to share it, albeit in a simplified form. I’ve been experimenting a little and I think I have a version that captures the essential flavours of the dish but without quite so many ingredients. Best of all, if you get your skates on, my version only takes 30 minutes!! 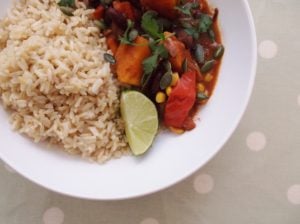 Mole is traditionally served with meat, but Sarah’s version is a vegetarian one and consequently so is mine. Her combination of kidney beans, red peppers, sweet potatoes and sweetcorn is such a lovely one, I didn’t want to mess around with it. It makes for a quick, cheap and substantial meal that captures a little of the spirit of a Mexican mole with a lot less effort. This dish is filling enough to be served on its own but I paired it with brown rice, which just goes perfectly. 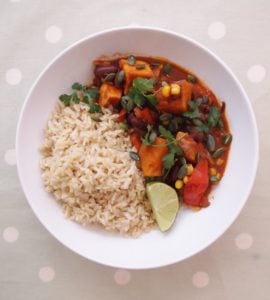 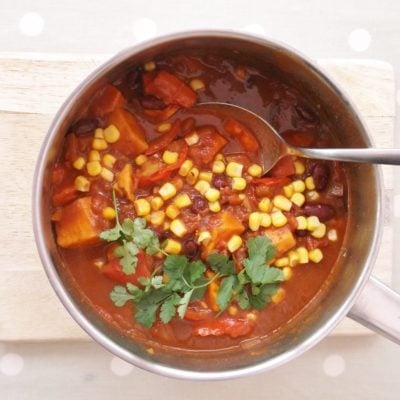 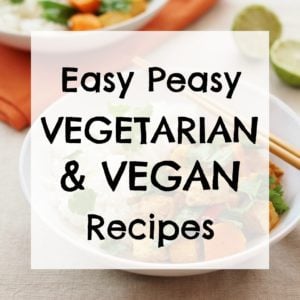 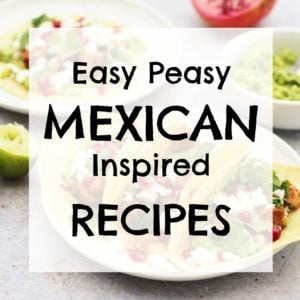 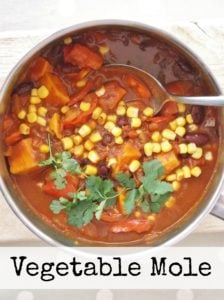