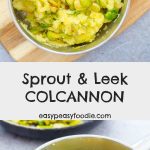 A Christmas twist on this traditional Irish dish, my Sprout and Leek Colcannon is perfect for using up an excess of Brussels sprouts. Perfect with baked beans and sausages on a cold winter night! 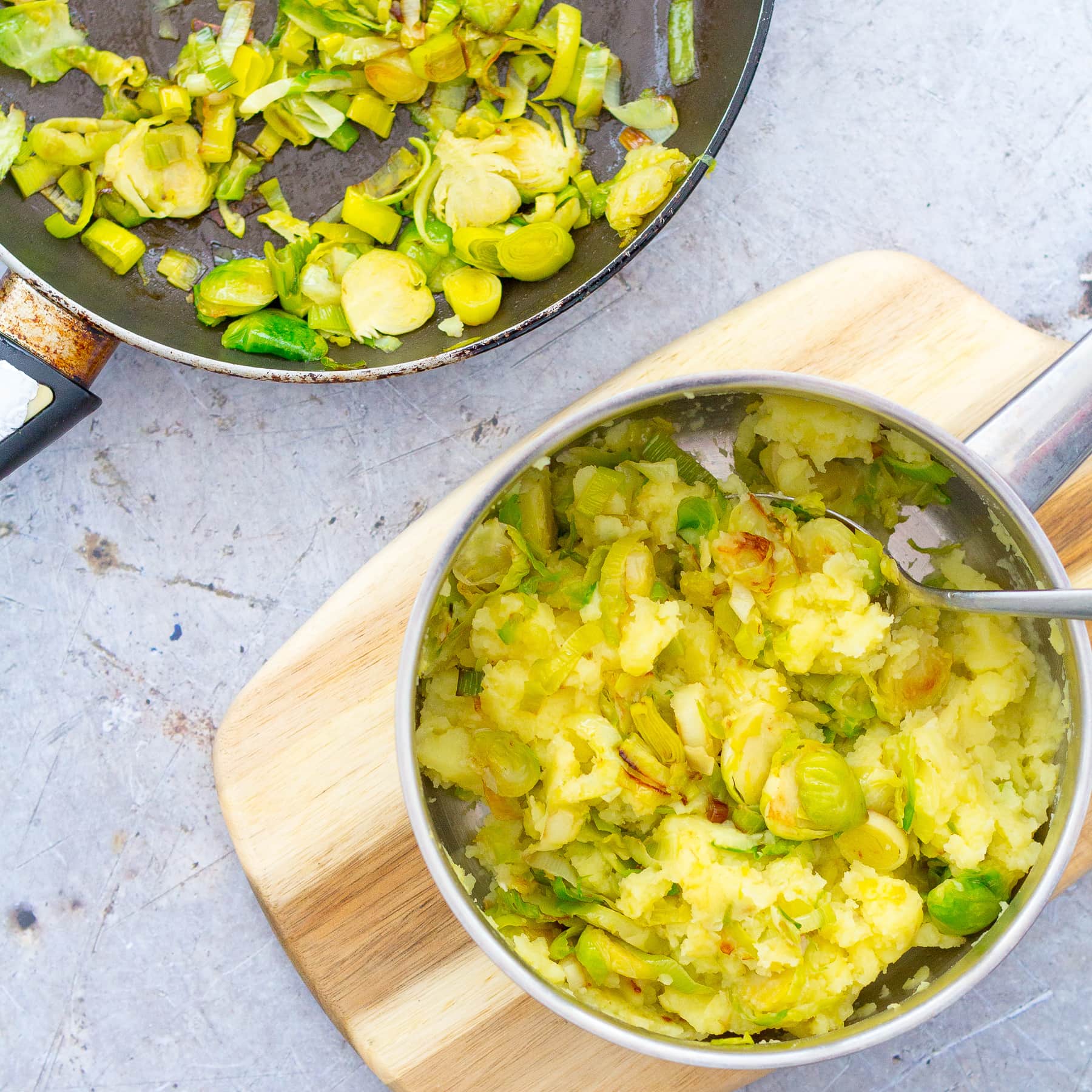 Colcannon is an Irish dish, traditionally made with a mix of creamed potatoes and cabbage or kale. Here I’ve adapted the recipe to include a mixture of leeks and sprouts.

This is a really tasty way to eat Brussels sprouts (it might even convince a few sprout refuseniks) as well as being a lovely alternative to plain mashed potatoes. 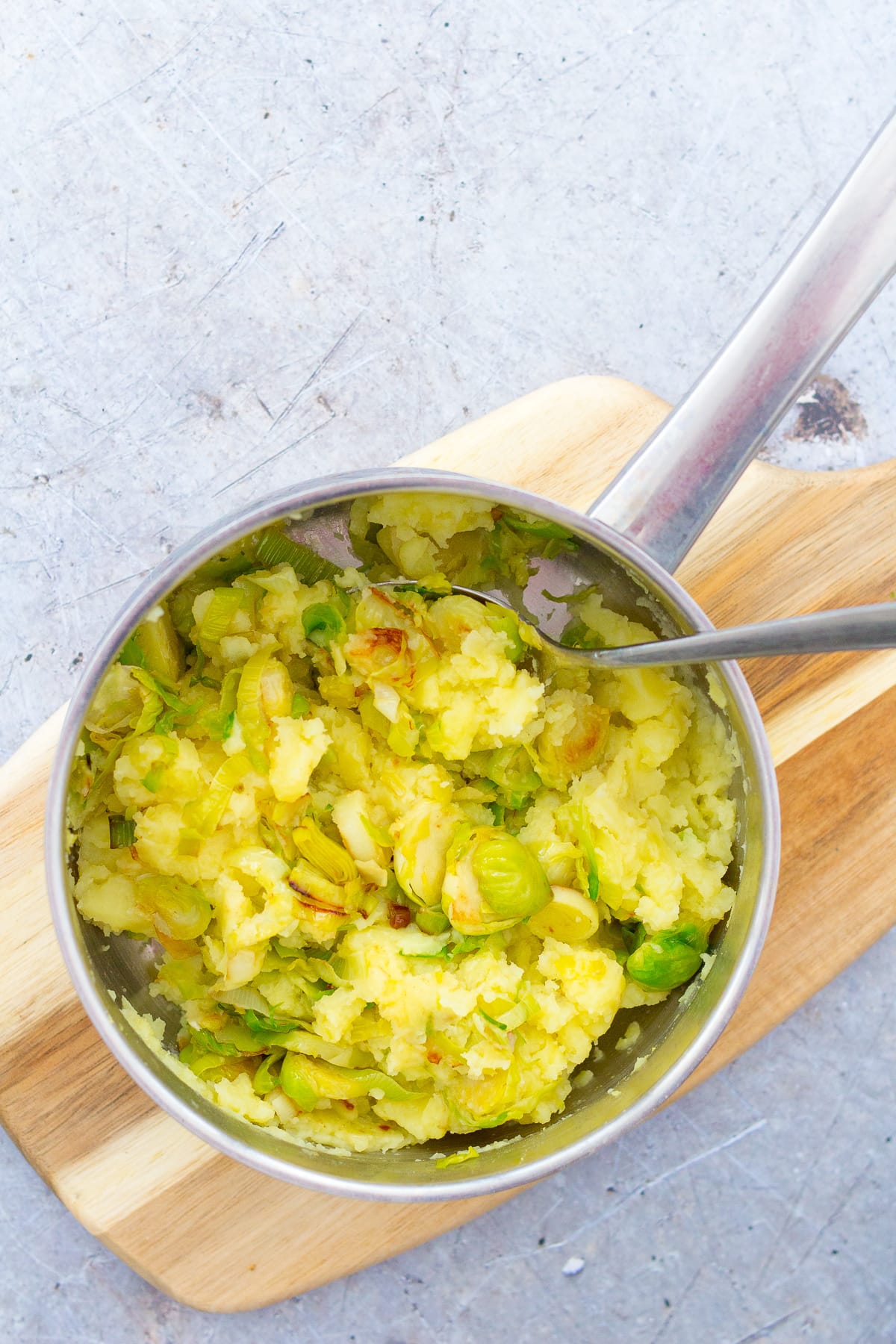 To make my Sprout and Leek Colcannon, I first pan fry sliced leeks and Brussels sprouts, then mix them in to mashed potatoes. However this would also be a great way of using up leftover Brussels sprouts from Christmas Day.

This delicious Sprout and Leek Colcannon would go brilliantly with sausages and gravy or baked beans. The best sort of comfort food on a cold winter’s night! 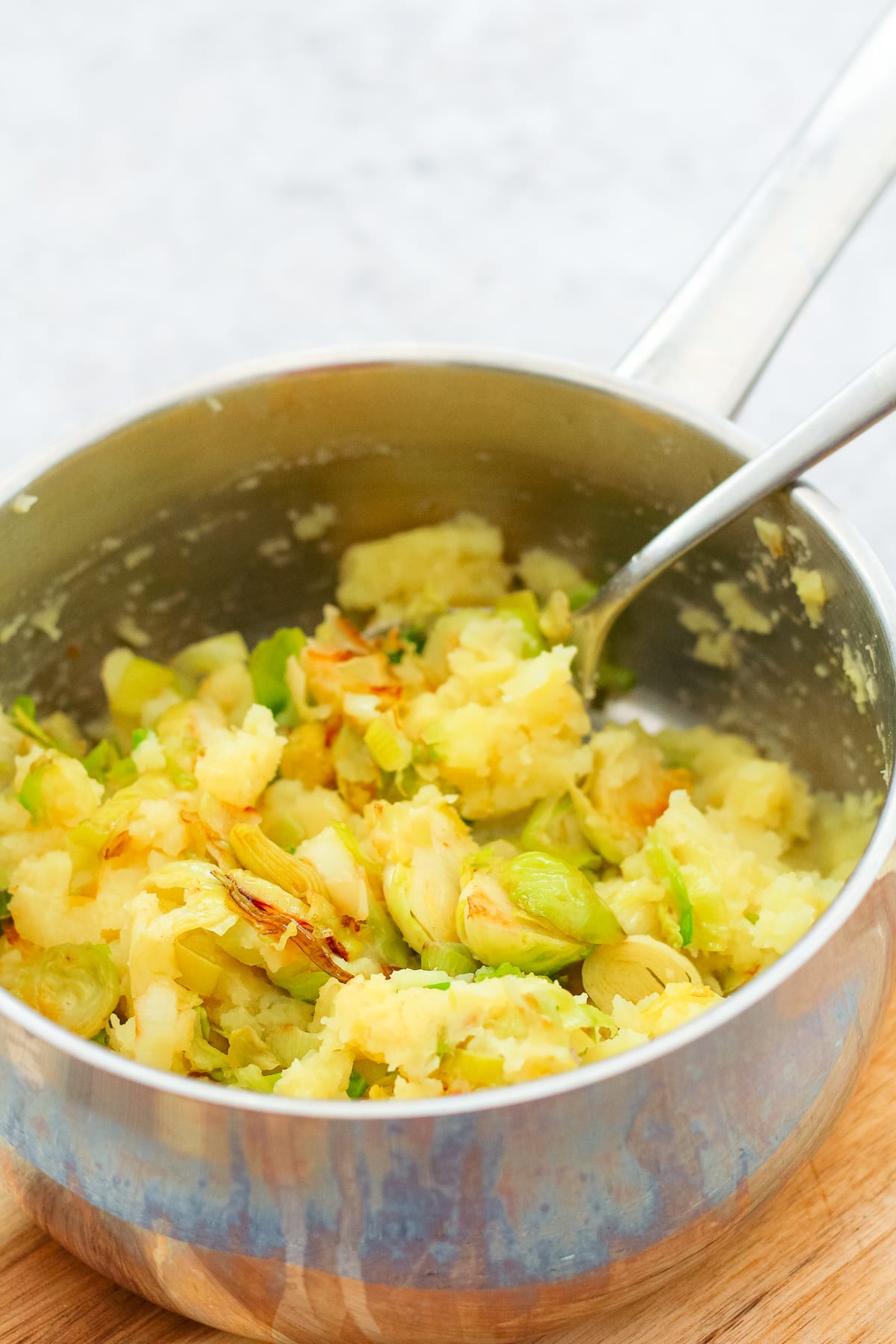 If you have any Colcannon left over, you could turn it into my Leftover Sprouts Bubble and Squeak Cakes the next day!

For more inspiring ways to eat Brussels sprouts check out my post on How to Make Sprouts Interesting – 10+ ways to elevate the humble sprout into something a little bit special! 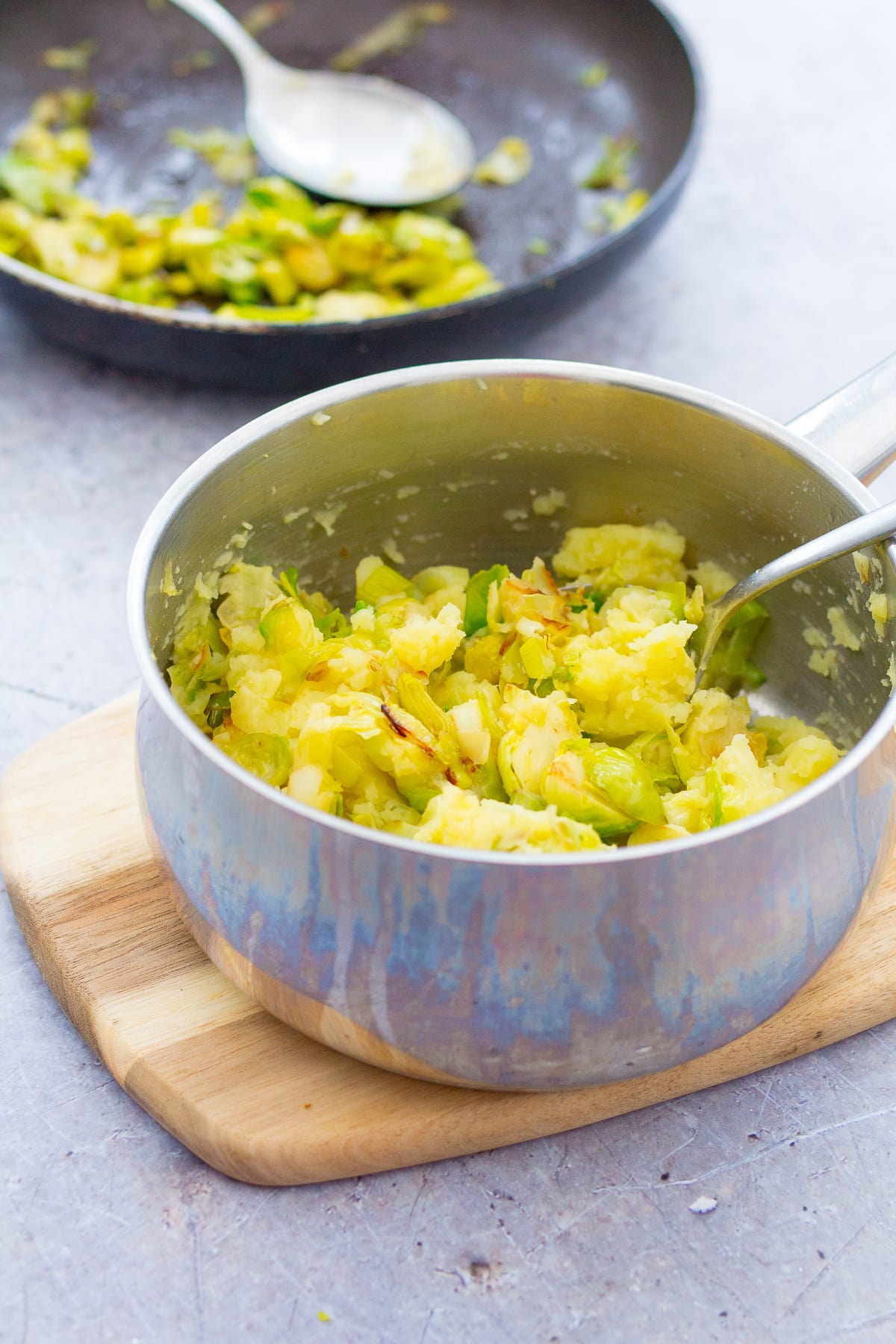 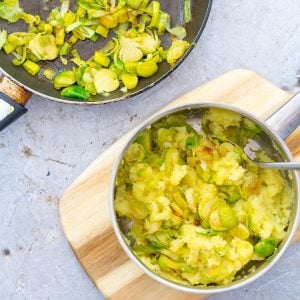 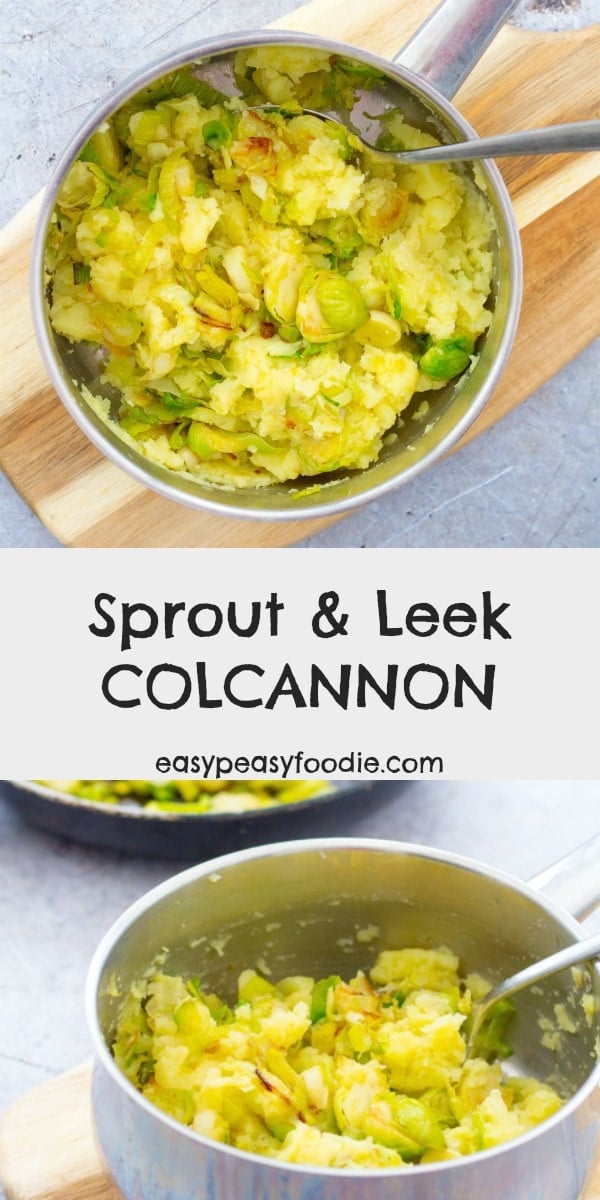 I am linking this up to Cook Blog Share and Cook Once Eat Twice.