I think some of the best recipes come from a desire to recreate a foodie memory. I had some great stuffed peppers somewhere, I’m not even quite sure where anymore, but I sort of vaguely remembered the flavours and tried to recreate them. I knew the peppers were stuffed with rice and had a bit of a kick of chilli and then I just added things which I thought would work well together. These peppers are consequently stuffed full of deliciousness: mushrooms, olives, garlic, sun dried tomatoes, parsley, cheddar cheese, basically as many of my favourite flavours as I could possibly manage in one dish! 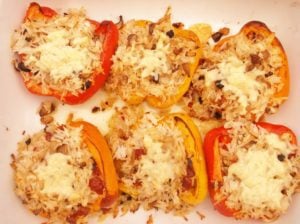 There is something just amazing about the sweetness of the roasted pepper, alongside the softness of the rice inside and the crunch of the cheesy rice on top.

I like to serve these peppers with a little salad, dressed simply with a squeeze of lemon, a drizzle of olive oil and a few twists of salt and pepper. The combination of the lemony dressing and the hot, sweet and salty peppers is quite simply a match made in heaven! You might also want to add a nice chunk of crusty bread to mop up all those delicious juices! 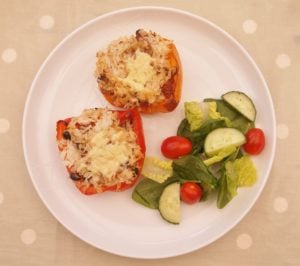 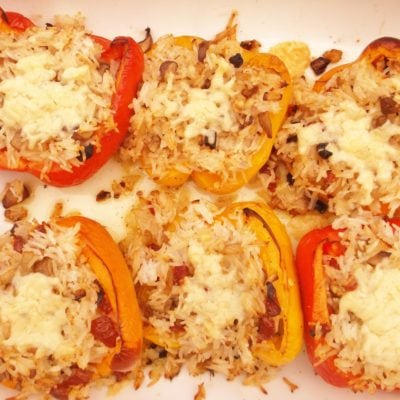 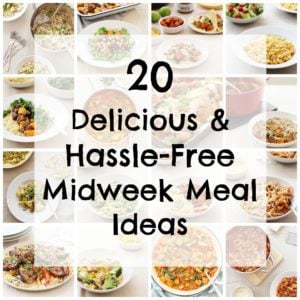