Some days you just want comfort food and there are not many recipes more comforting than a good fish pie. I have been making this version of fish pie for years and have made it for many different people – it always goes down well with adults and children alike! 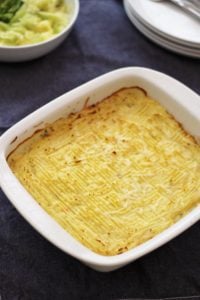 Now, fish pie is not necessarily the easiest or quickest of recipes, but I have tried to make mine as simple and straightforward as possible…I use a box of fish pie mix from the supermarket to save all that fiddly and messy boning, skinning and flaking. I poach the fish in milk and then I make a very simple white sauce and some cheesy mashed potato. Then it’s just a case of putting it all together and baking it in the oven. 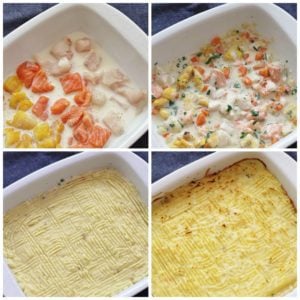 To further simplify you could use pre-cooked fish, a shop bought white sauce and even, if you were feeling really cheaty, shop-bought mashed potatoes. (Promise I won’t judge 🙂 ) You could also leave the onions and carrots out of the white sauce…but I actually find it easier to make a white sauce like this (the flour doesn’t clump together) and much tastier! 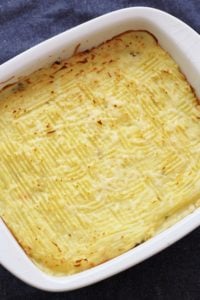 You will notice I don’t use hard boiled eggs or prawns…the truth is I don’t much like hard boiled eggs and I find prawns tend to get overcooked in a fish pie. But if they are a key part of fish pie for you, by all means chuck them in when you are mixing the white sauce and fish together. 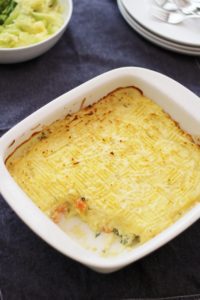 I like to serve my fish pie with some vegetables – usually some combination of green beans, cabbage, broccoli, peas and sweetcorn, sometimes all five! Wine-wise I like to pair this with a French or Chilean Chardonnay. 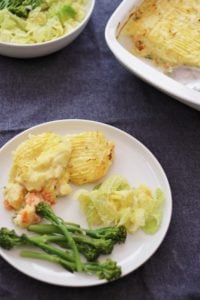 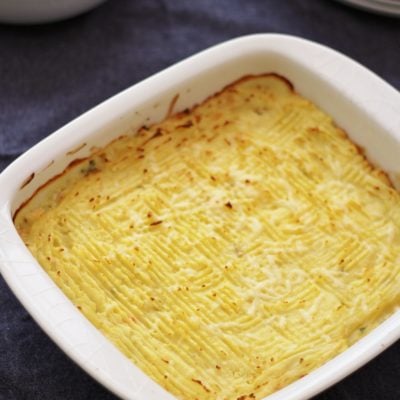 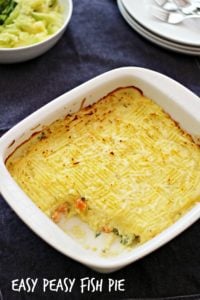