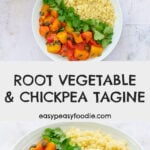 A quick and easy root vegetable and chickpea tagine served with wholewheat couscous and pumpkin seeds. Ready in under 30 minutes – perfect for busy weeknights! 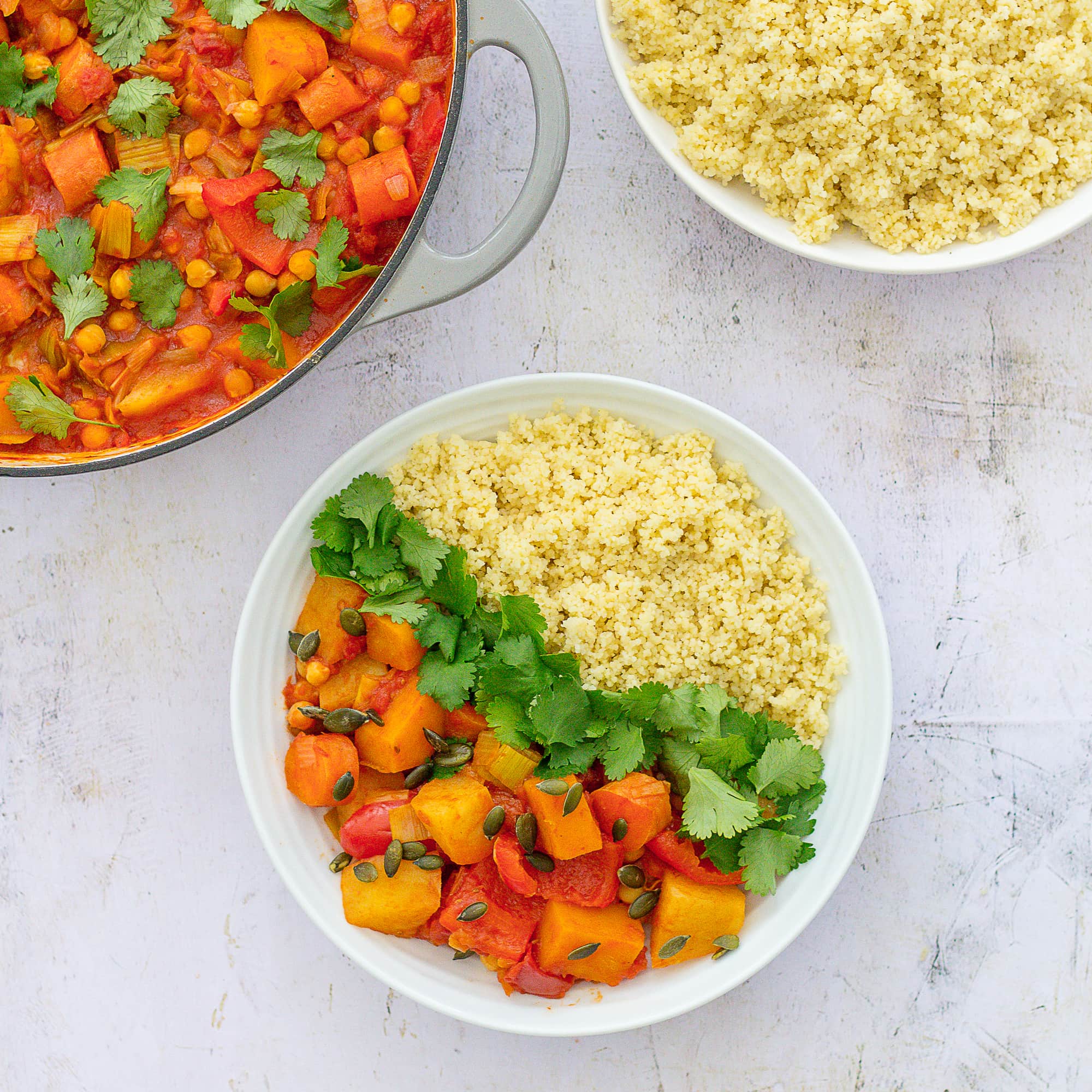 Inspired by my veg box

I originally created this delicious tagine while reviewing an organic veg box from Riverford Organic Farms. Because of the time of year, we had a lot of root veg and I wanted to do something more interesting with it than just serving it mashed or steamed. I pondered over a few ideas… a curry maybe… or some kind of root vegetable chilli… before deciding to turn it into a tagine…

Tagines are great because they are really easy to put together and they can be cooked in one pot. They work with lots of different veg (check out my aubergine and courgette version here) and so are perfect for using up veg from an organic veg box. 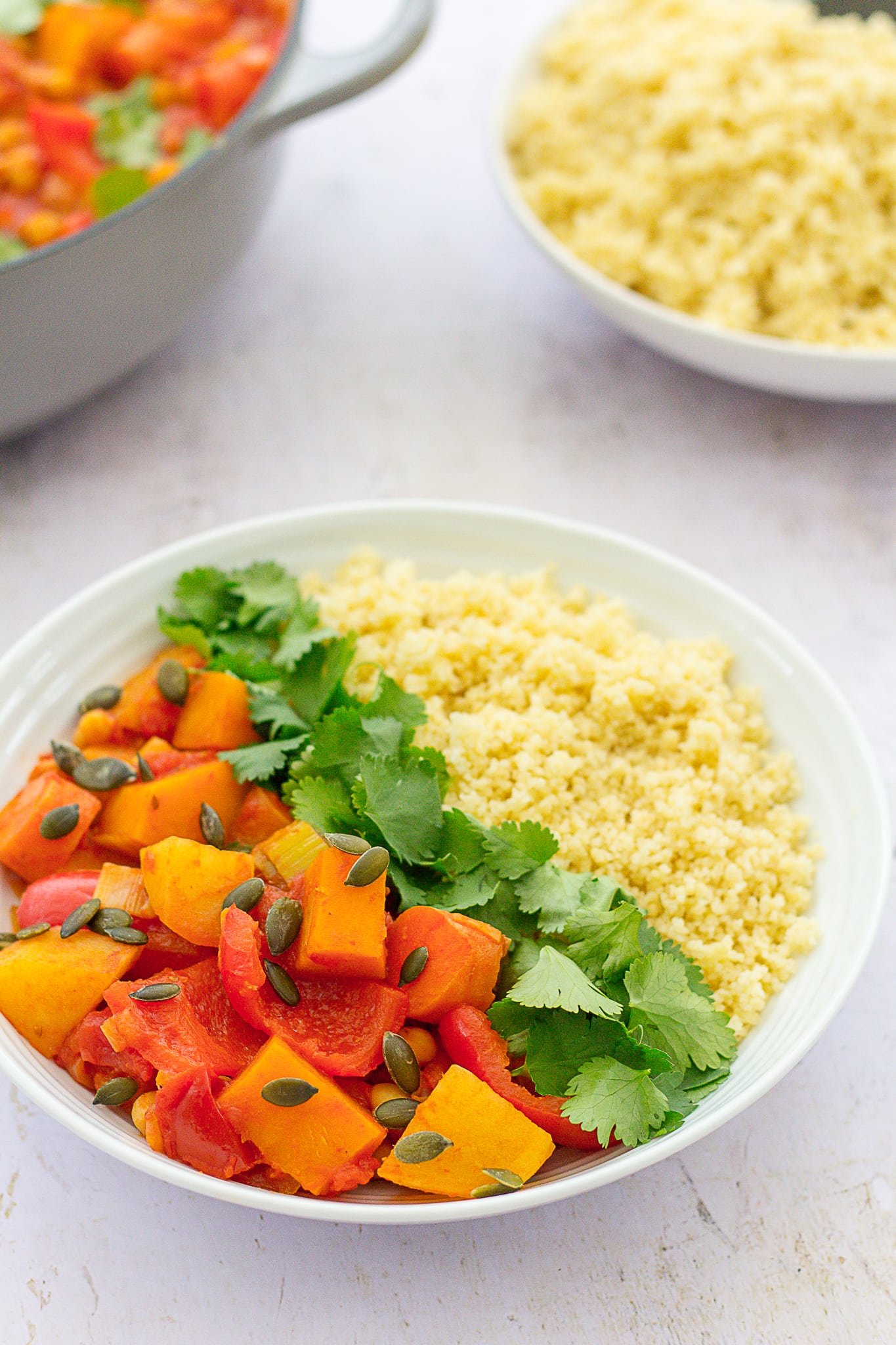 In this version I used carrots, onions, leeks, potatoes and red pepper, all from my Riverford box, plus half a butternut squash I had leftover in the fridge.

But this would also work really well with other kinds of squash, pumpkin, sweet potatoes and parsnips too. Use whatever veg you like the best or have in the fridge.

I added some garlic, spices and chilli to give it that North African vibe, plus a tin of chickpeas for protein and 2 tins of tomatoes to make the sauce. And I served it sprinkled with coriander and pumpkin seeds for extra goodness and flavour… and also because it looks really pretty! 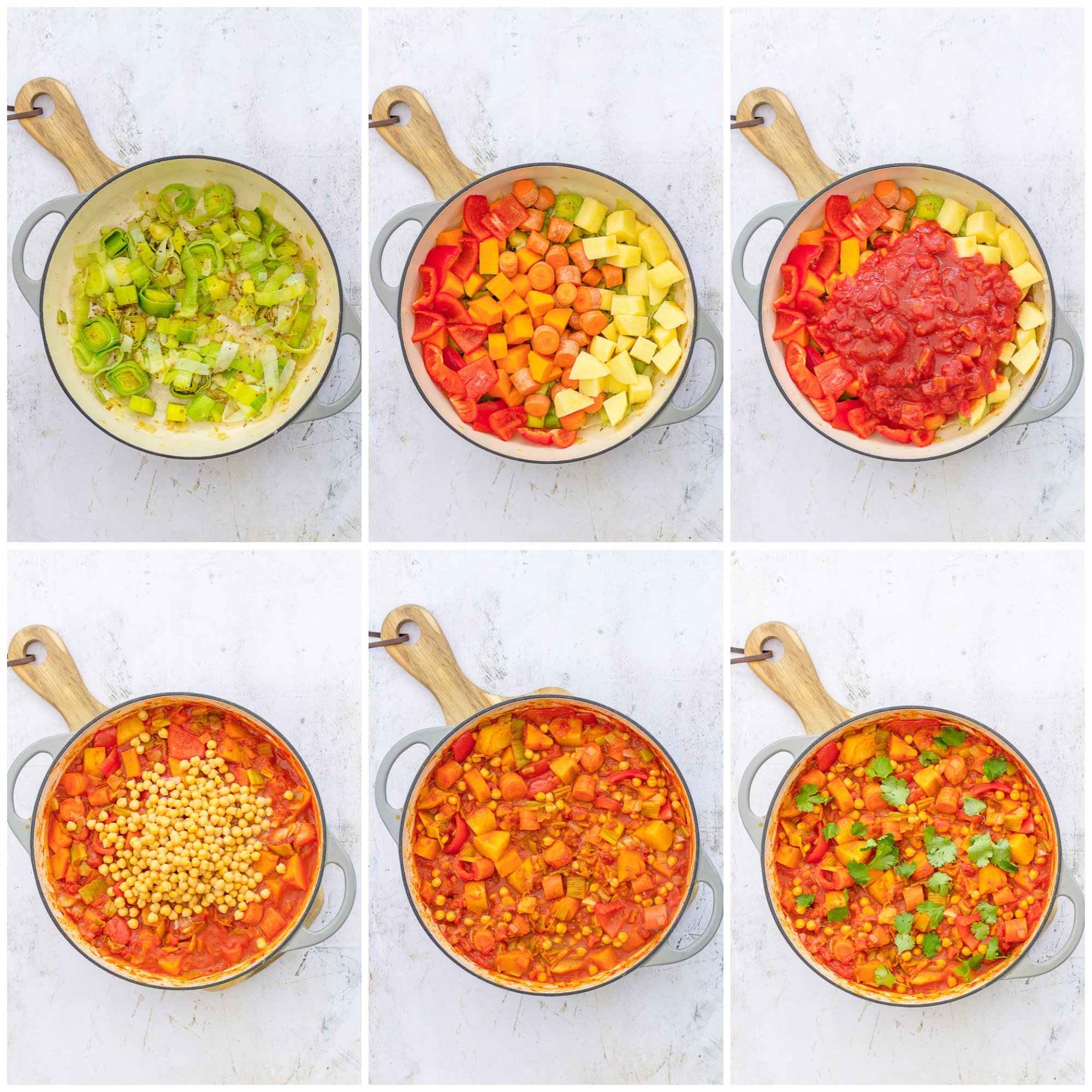 What to serve with vegetable tagine?

Packed full of root veg, this vegetable tagine is very filling and could certainly be eaten on its own, but I like to serve it with wholewheat couscous, which is one of my new discoveries… 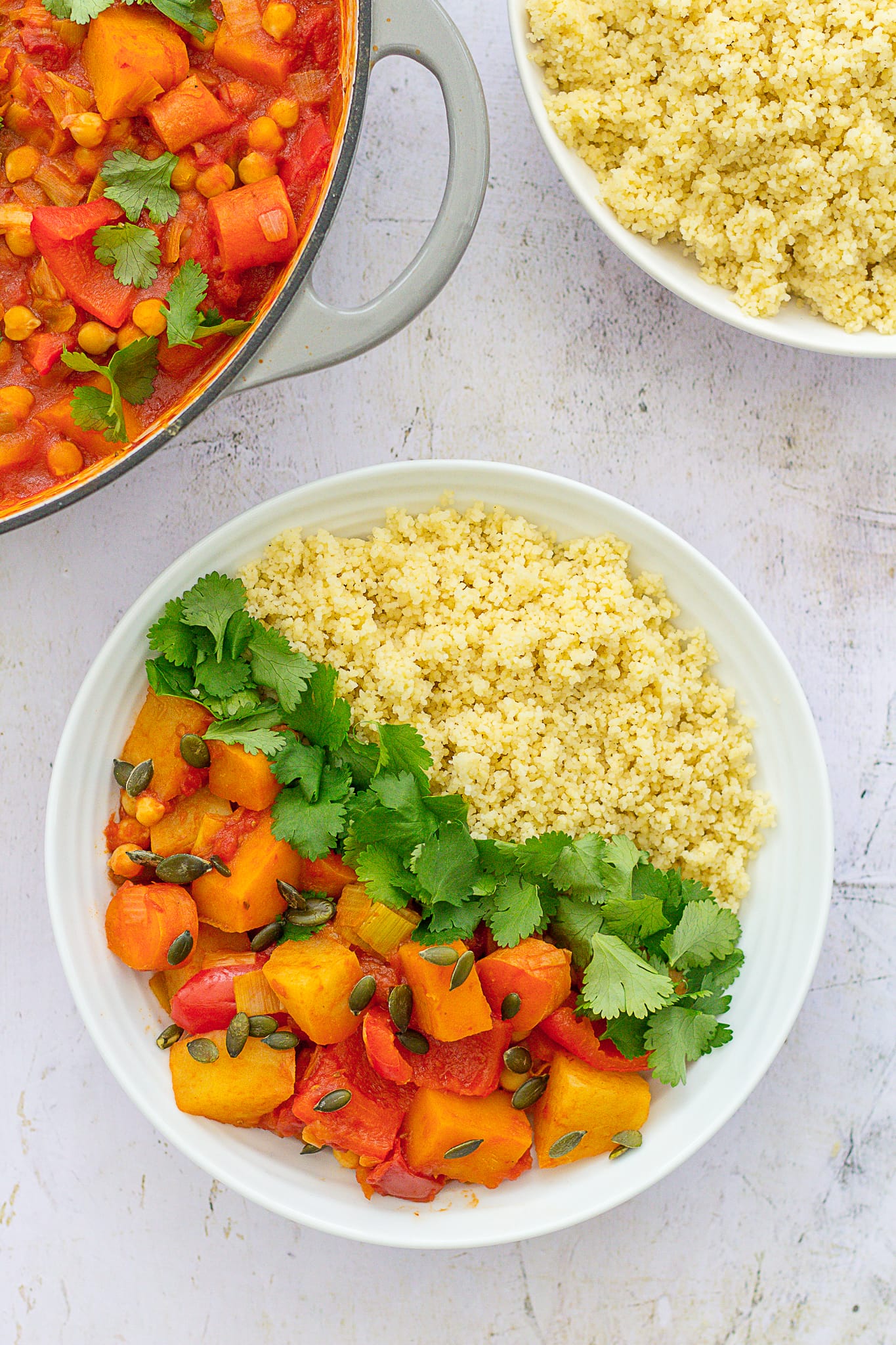 What to drink with vegetable tagine?

Vegetable tagine goes very well with dry, fruity rosés – such as those from Spain and Southern France. If you prefer red, then I recommend Rioja Reserva, or similar oak-aged Spanish reds. And if white is more your thing, then a zesty Sauvignon Blanc from Chile or New Zealand works well too. 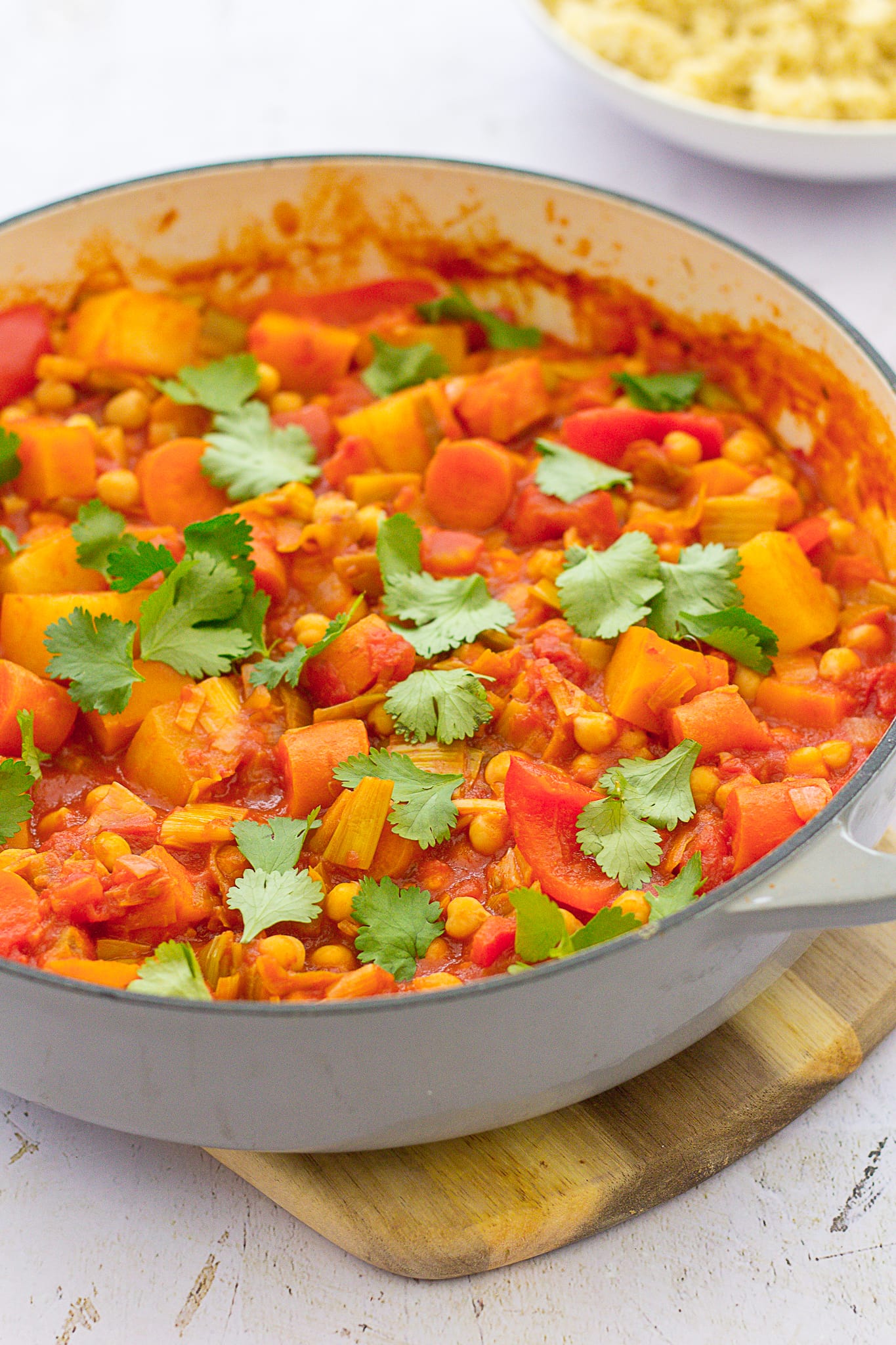 Can you reheat vegetable tagine?

Absolutely! Put any leftovers into an airtight container and place in the fridge, where they will keep for up to 3 days. To reheat, tip the vegetable tagine into a large saucepan, add a splash of water and reheat for 5-10 minutes, until piping hot all the way through.

You can also reheat this tagine in the microwave, if you prefer.

Can you freeze vegetable tagine?

This vegetable freezes well and so makes a great batch cooking / fill the freezer recipe. Put the cooked and cooled tagine into an airtight container and place in the freezer, where it will keep for up to 3 months. Defrost overnight in the fridge and reheat as above. 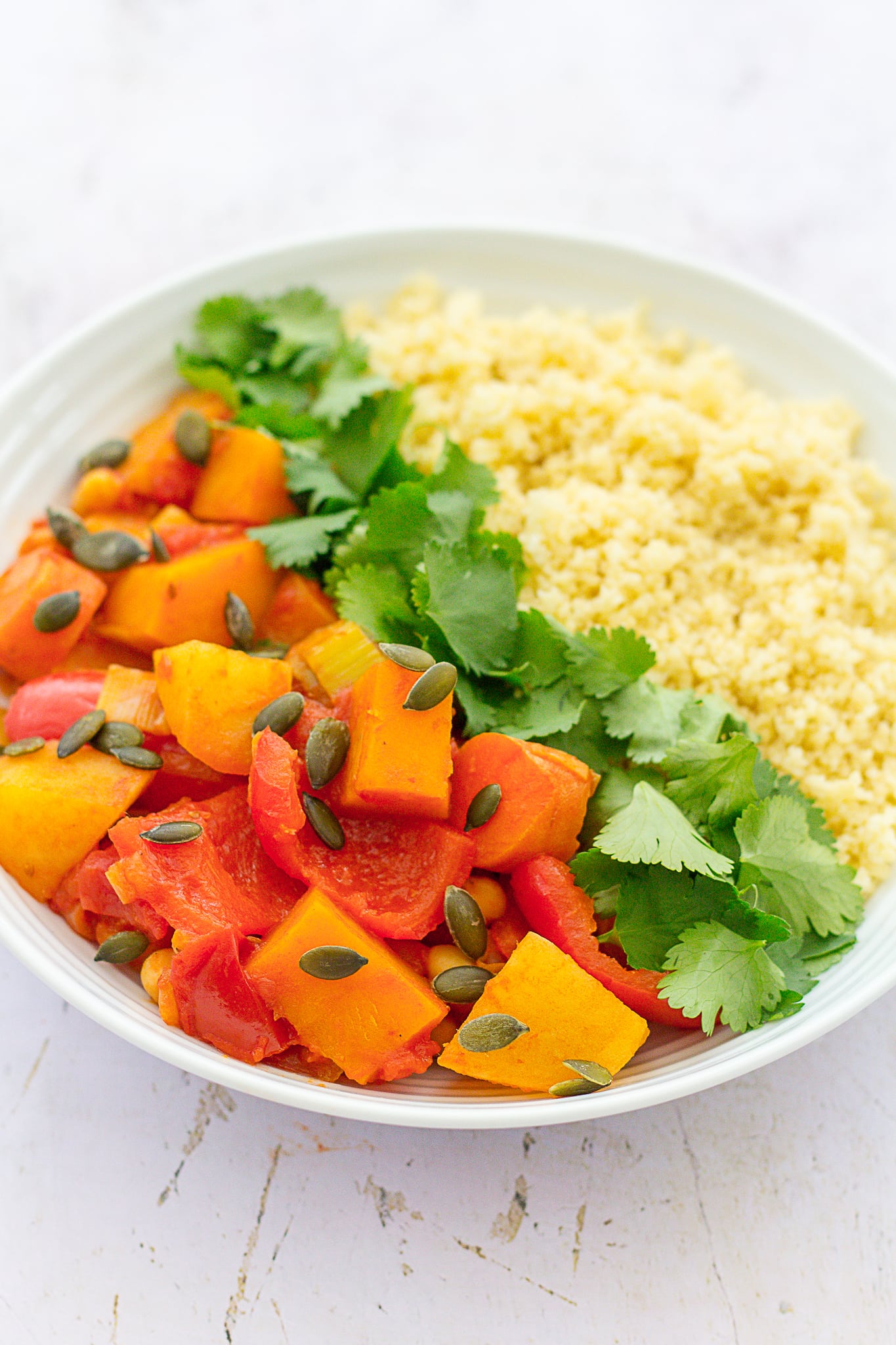 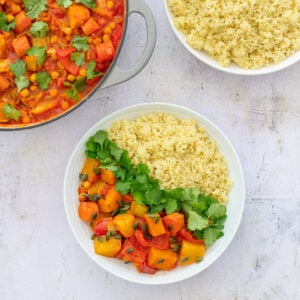 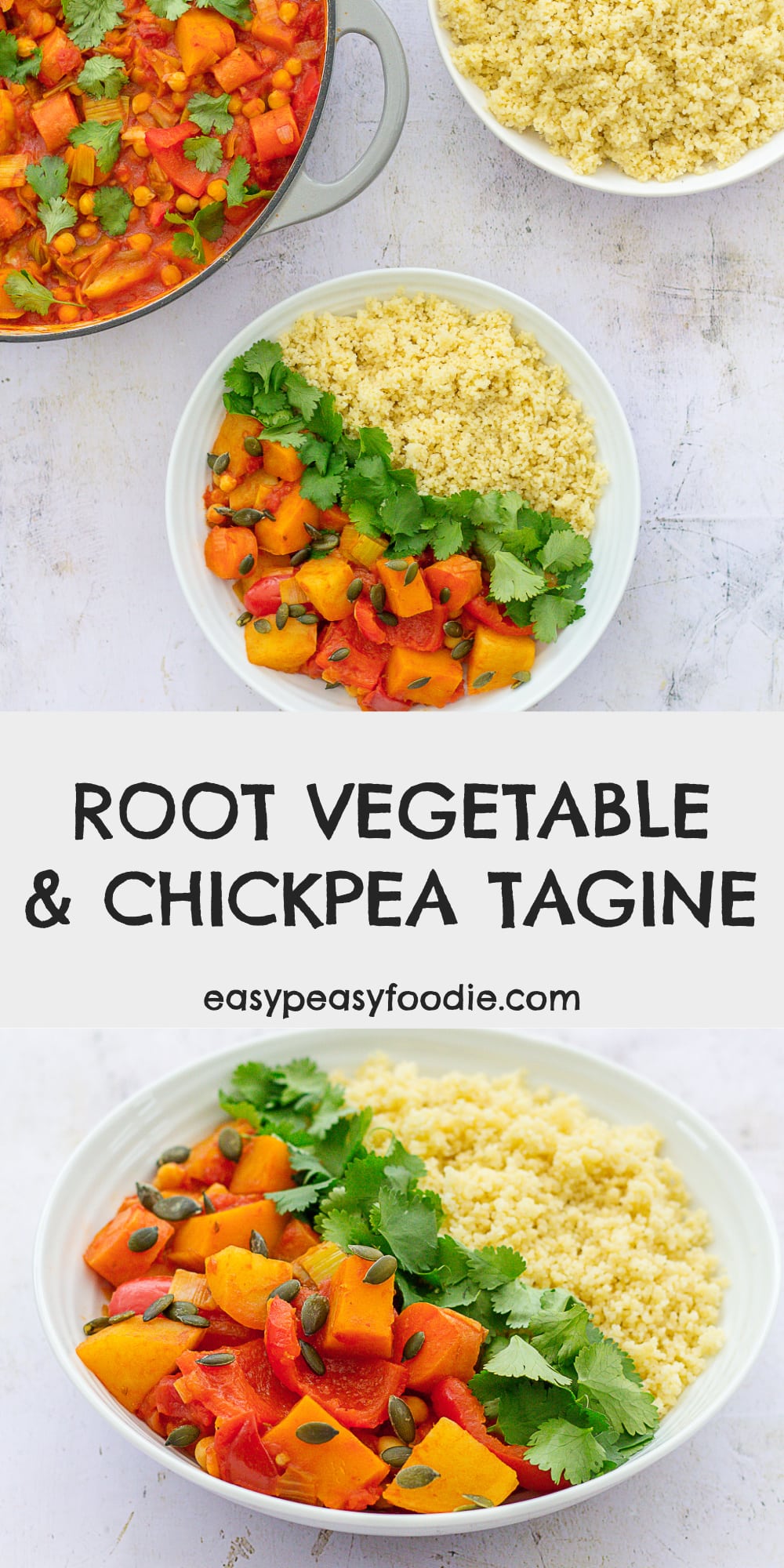