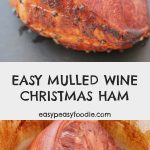 Need an easy peasy glazed ham recipe for Christmas that’s full of flavour and looks pretty, but is simple and stress free to make? Why not try my Easy Mulled Wine Christmas Ham – only 5 ingredients and only 10 minutes hands on time!! 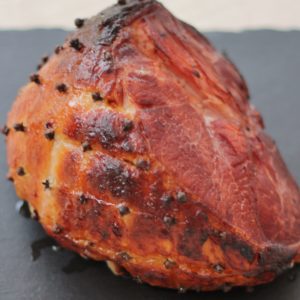 Well, Christmas is now in full swing at my house. I have been cooking like mad lately – recipe testing, photographing and generally getting all my Christmas content ready. I have made so many exciting things lately, I just can’t wait to share with you!! In fact I couldn’t quite contain myself and have been previewing a few of my Christmas recipes on Instagram. If you don’t already follow me there, I’d love you to hop over and take a look 🙂 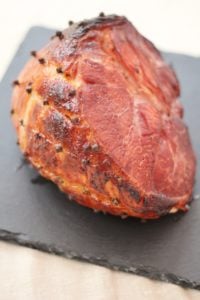 For my first proper Christmas recipe this year, I wanted to do an easy peasy take on Christmas ham. It’s a real Christmas favourite, and there are a whole load of fab recipes out there, but so many are rather faffy and complicated and have numerous steps and processes. I wanted to create something that was as hassle free as possible (because let’s face it, we’ve all got enough to be getting on with this Christmas already!) BUT without compromising on flavour. 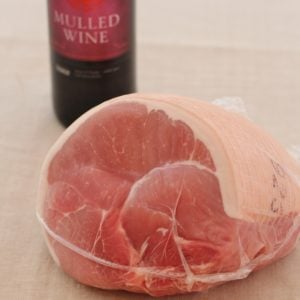 My Christmas ham recipe has only three simple steps: poaching the ham for a couple of hours, slathering it in honey and mustard and adding those all-important cloves, then finally roasting in the oven for 20 minutes to produce that gorgeous burnished look.

The key way to get flavour into a ham is in the poaching liquid. I looked at several recipes – most seem to go for a flavoured stock, a couple go for Coca Cola and one even went for Irn Bru  as the poaching liquid, but I wanted to do something very simple, while still infusing my ham with the flavour of Christmas – I wondered if mulled wine might work… 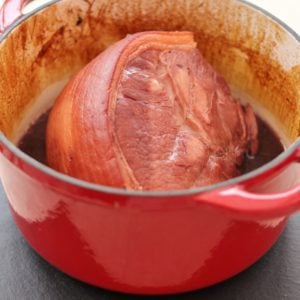 And the answer is yes! Poaching the ham in a bottle of cheap supermarket mulled wine works a treat – infusing the ham with wonderful Christmassy flavours of spice and citrus, with very little work involved. 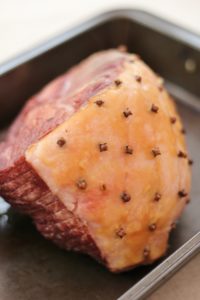 The red wine does colour the ham a lovely red, which I think adds to the effect, but if you prefer a slightly paler colour, you could use a bottle of white mulled wine or mulled cider instead. 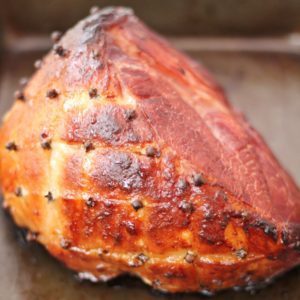 Serve this ham with a tray of roast veggies for simple roast dinner or alongside your turkey and trimmings as part of your Christmas dinner. It would also be brilliant on Boxing Day with salad and baked potatoes or as part of a Boxing Day buffet. 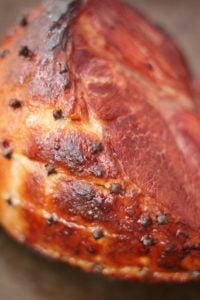 To go with this ham, I would recommend a medium bodied fruity red, such as Cotes du Rhone, Spanish Garnacha or Chilean Merlot. 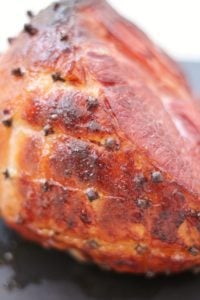 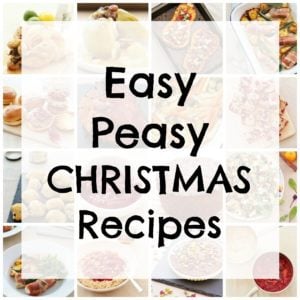