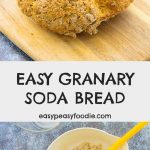 Quick and easy to make, with no kneading or proving required, this delicious Easy Granary Soda Bread is made with granary flour for extra flavour and goodness. 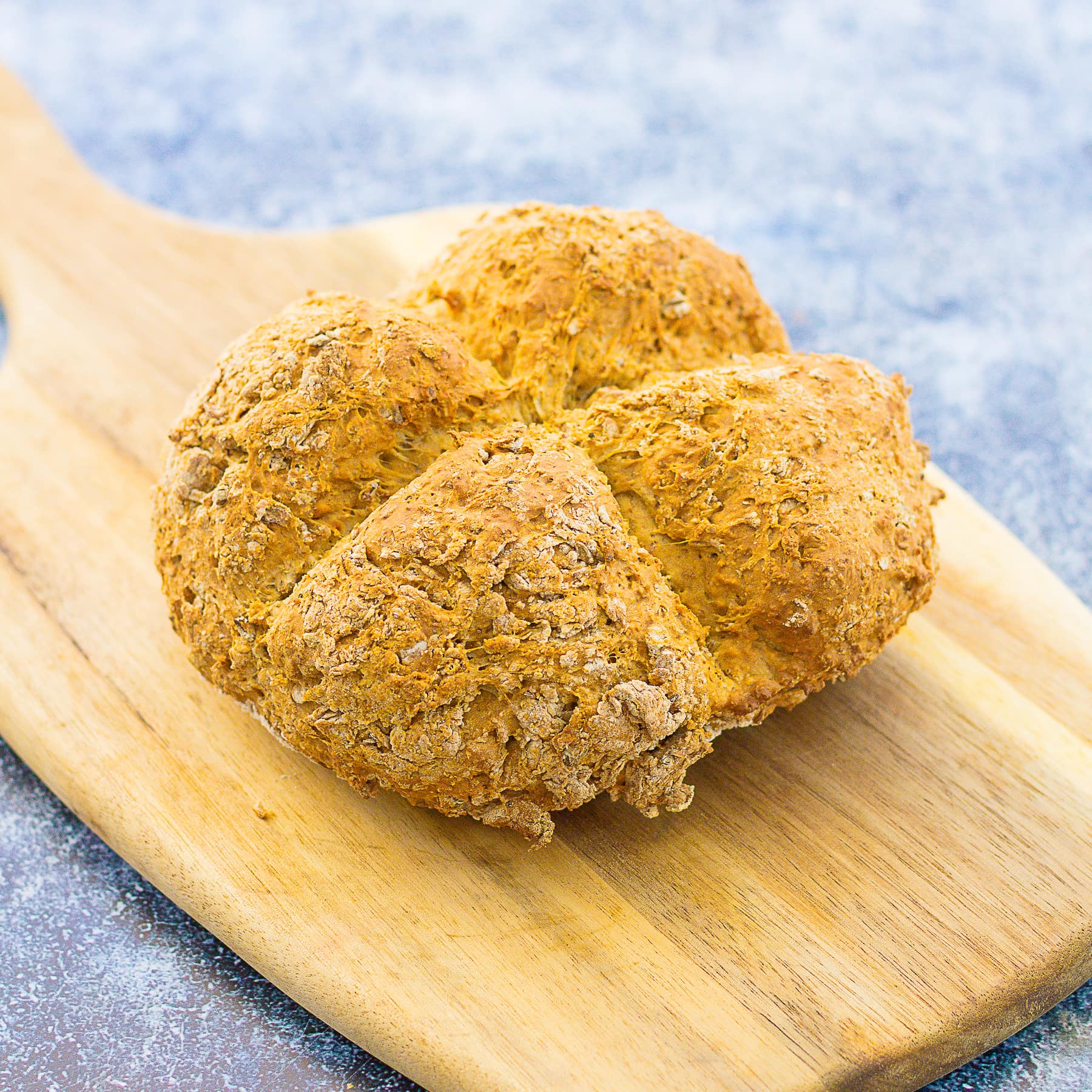 But I realised recently that there was a glaring omission in my soda bread collection: granary soda bread!

Actually, my first though was, ‘Can you even make granary soda bread?’ – as I’d never actually seen a recipe for soda bread made with granary flour. But I figured it was worth a try… after all, I’ve not yet found a flour that doesn’t work in soda bread – it’s wonderfully forgiving!

Well, a couple of experiments later and I can confirm that, not only can you definitely make soda bread with granary flour, it’s also really delicious! 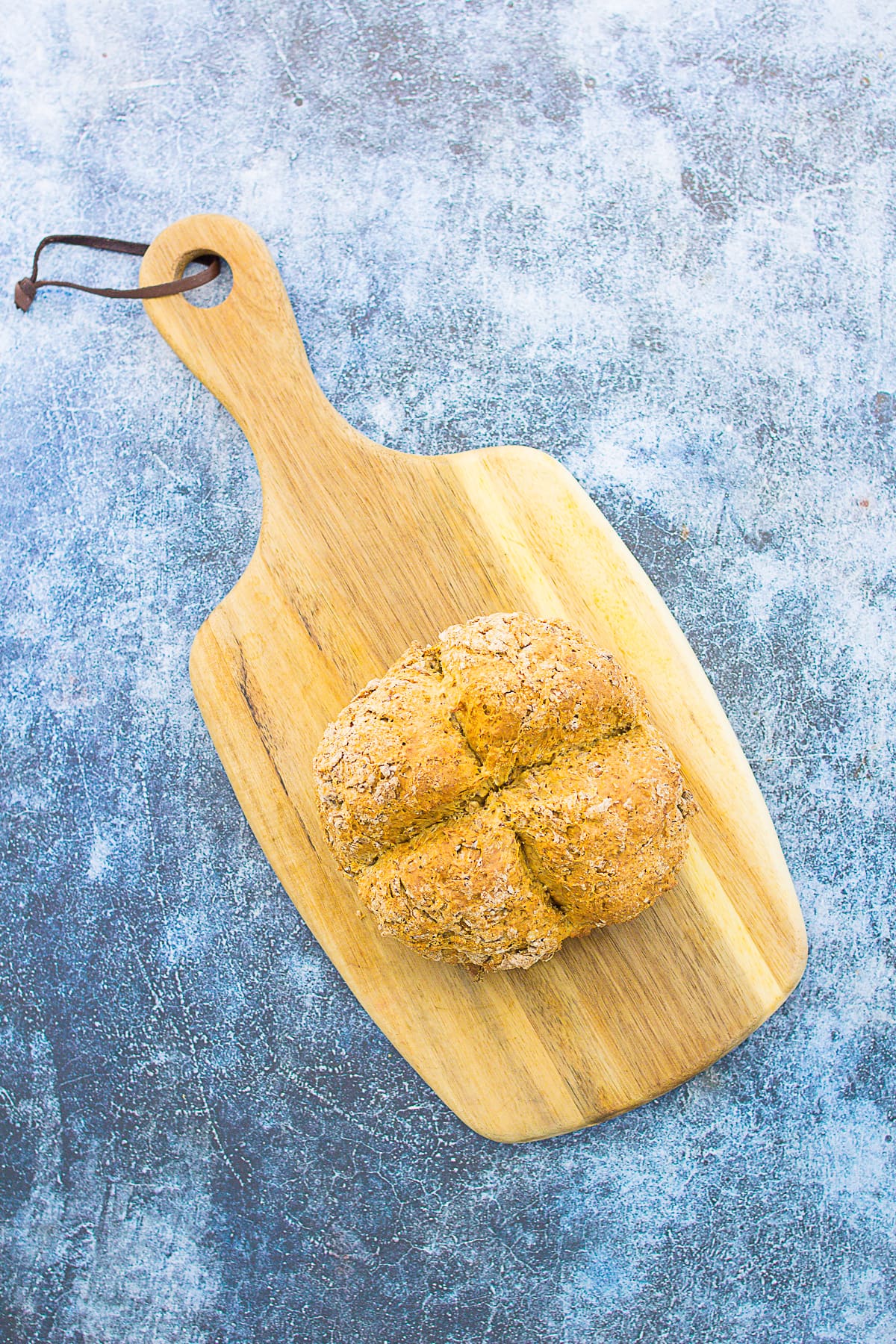 What is granary flour?

In case you are wondering, granary flour is simply brown flour with added malted wheat grains. Malted wheat is made by soaking wheat grains in water so they start to germinate. The germination process is then halted by drying the wheat grains with hot air.

The term ‘granary bread’ was first coined by Hovis and is actually their registered trademark, meaning that, technically, it’s only granary bread if it’s made with Hovis Granary Flour. (Although, other brands of malted wheat flour are available.)

To keep things authentic, my Easy Granary Soda Bread is made with Hovis Granary Flour! 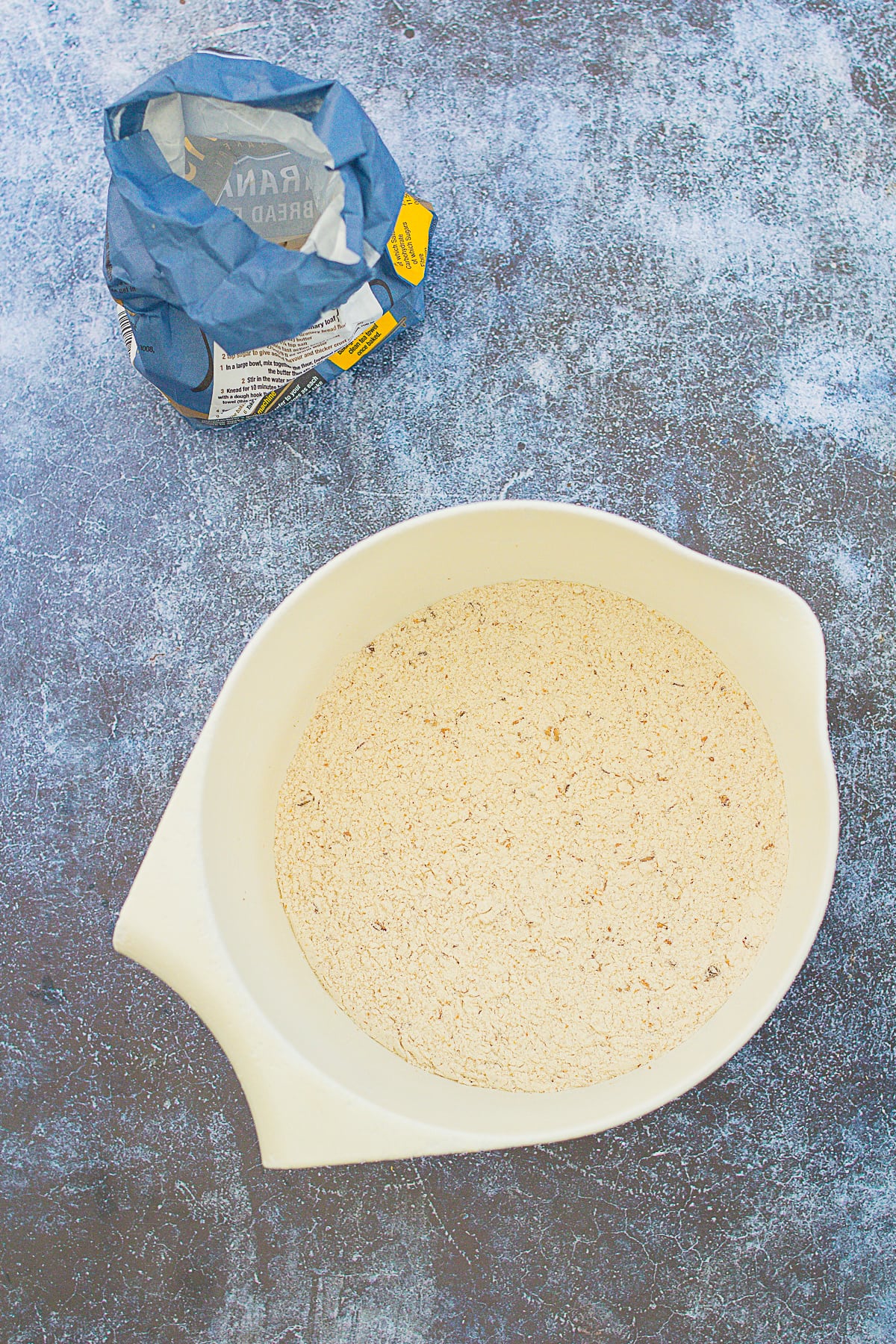 100% granary flour… or mix with wholemeal?

Both versions worked well, but for me, the 100% granary flour soda bread was the winner. It was lighter in texture and more malty in flavour!

You could also try a 50/50 mix of white flour and granary flour, if you prefer white bread, but want just a touch of that delicious malty flavour. 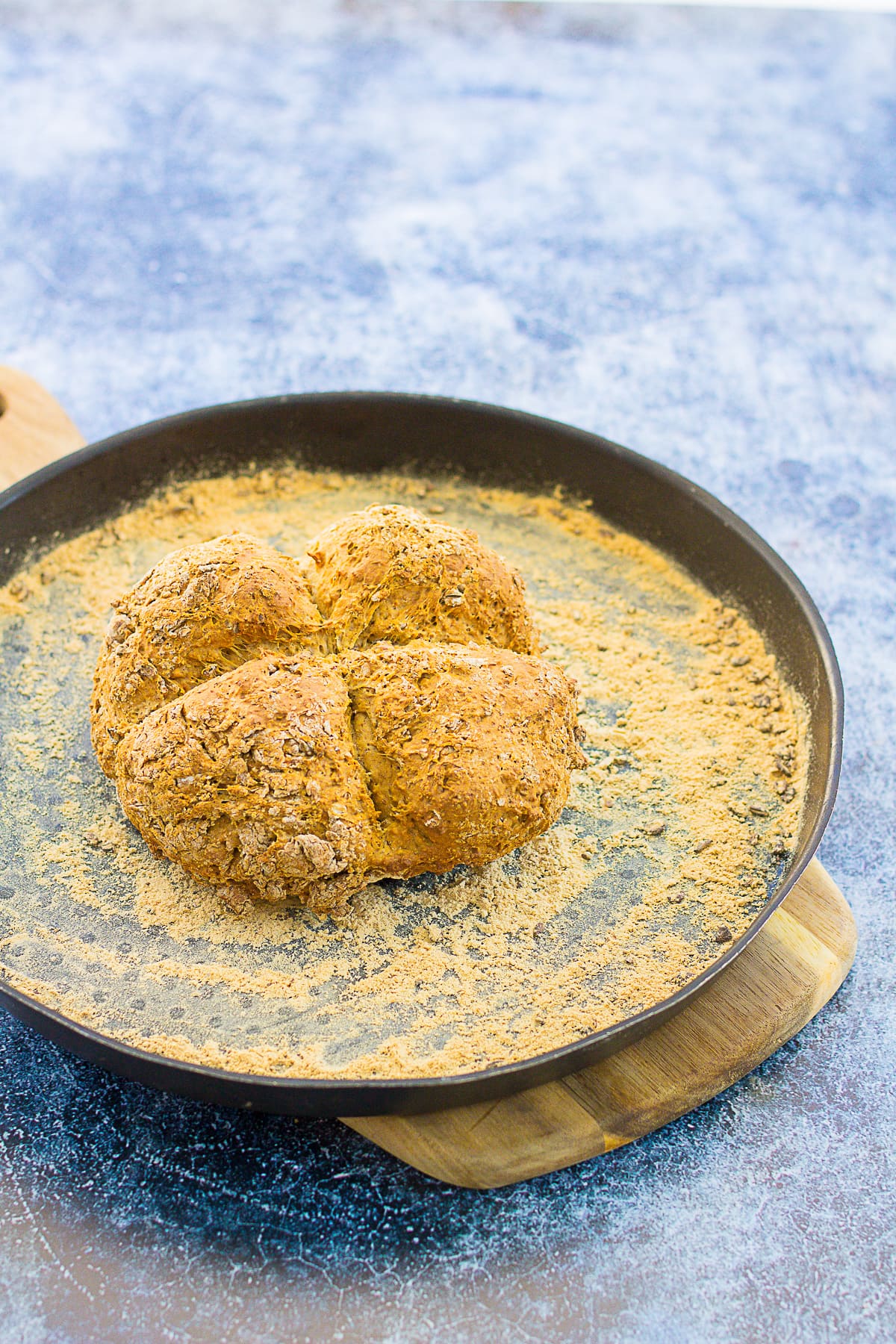 No need for buttermilk

There’s no need to buy in any buttermilk to make this Easy Granary Soda Bread recipe.

Buttermilk can be hard to find and/or a little pricey. Plus, it’s not something most of us keep in stock in our kitchens…

But the good news you can make ‘fake buttermilk’ simply by mixing regular milk and vinegar (my preference is apple cider vinegar, but you can also use white wine vinegar – or even red wine vinegar as a push. I’d steer clear of malt vinegar, though!). Simply mix 200ml (7oz) milk (cow’s milk or plant-based – it’s up to you!) and 1 tablespoon of vinegar.

You could also substitute the milk/vinegar combo for the same quantity of yogurt. (You may need to add a splash of water to get the consistency right.)

If you prefer to use buttermilk too, that’s totally OK! I find this recipe works best with 285ml (10oz) buttermilk. 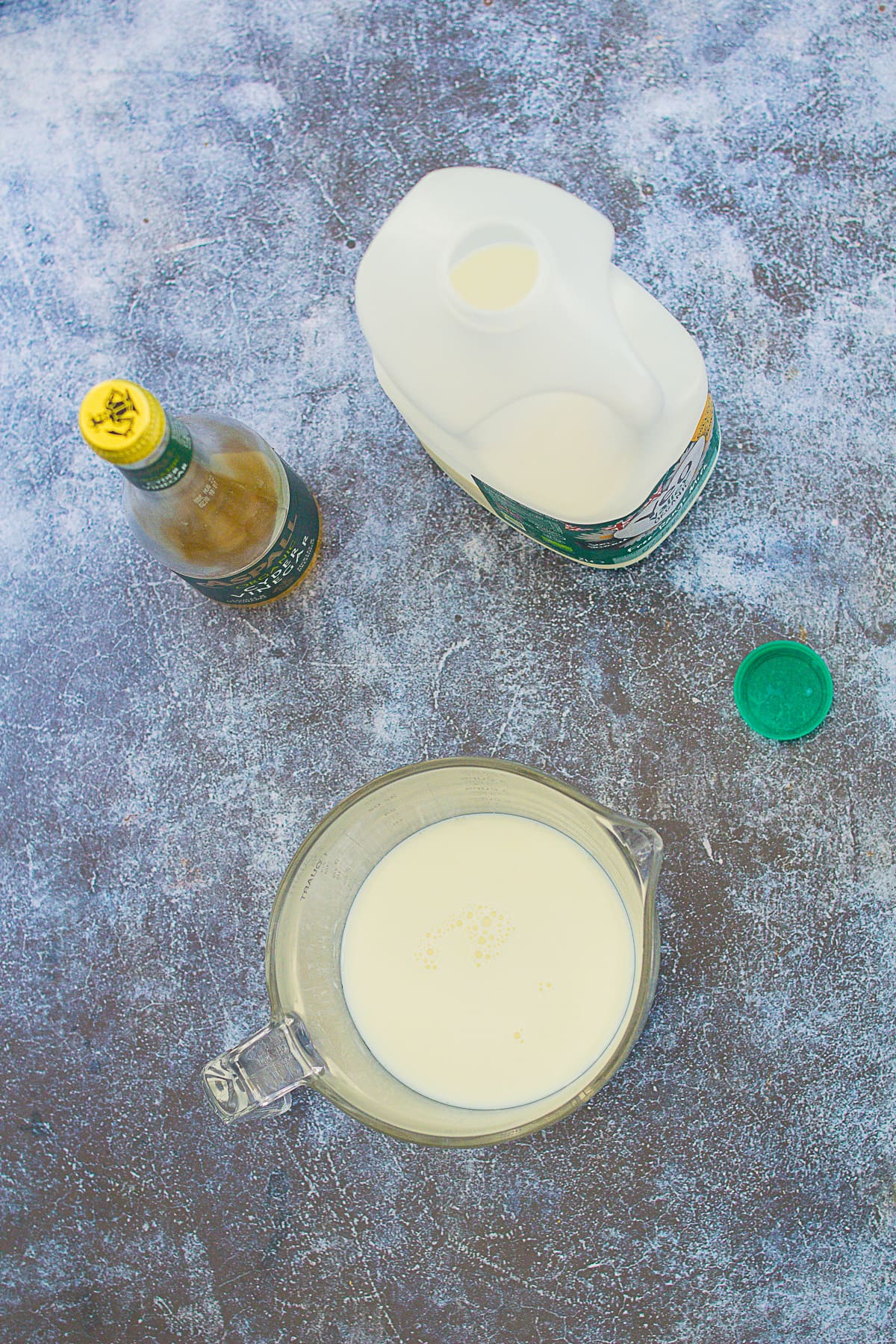 What to serve with Granary Soda Bread?

This Granary Soda Bread is great with soups and stews, cold meats and cheeses, or any of your favourite sandwich fillings. It goes particularly well with my Easy Peasy Leek and Potato Soup. 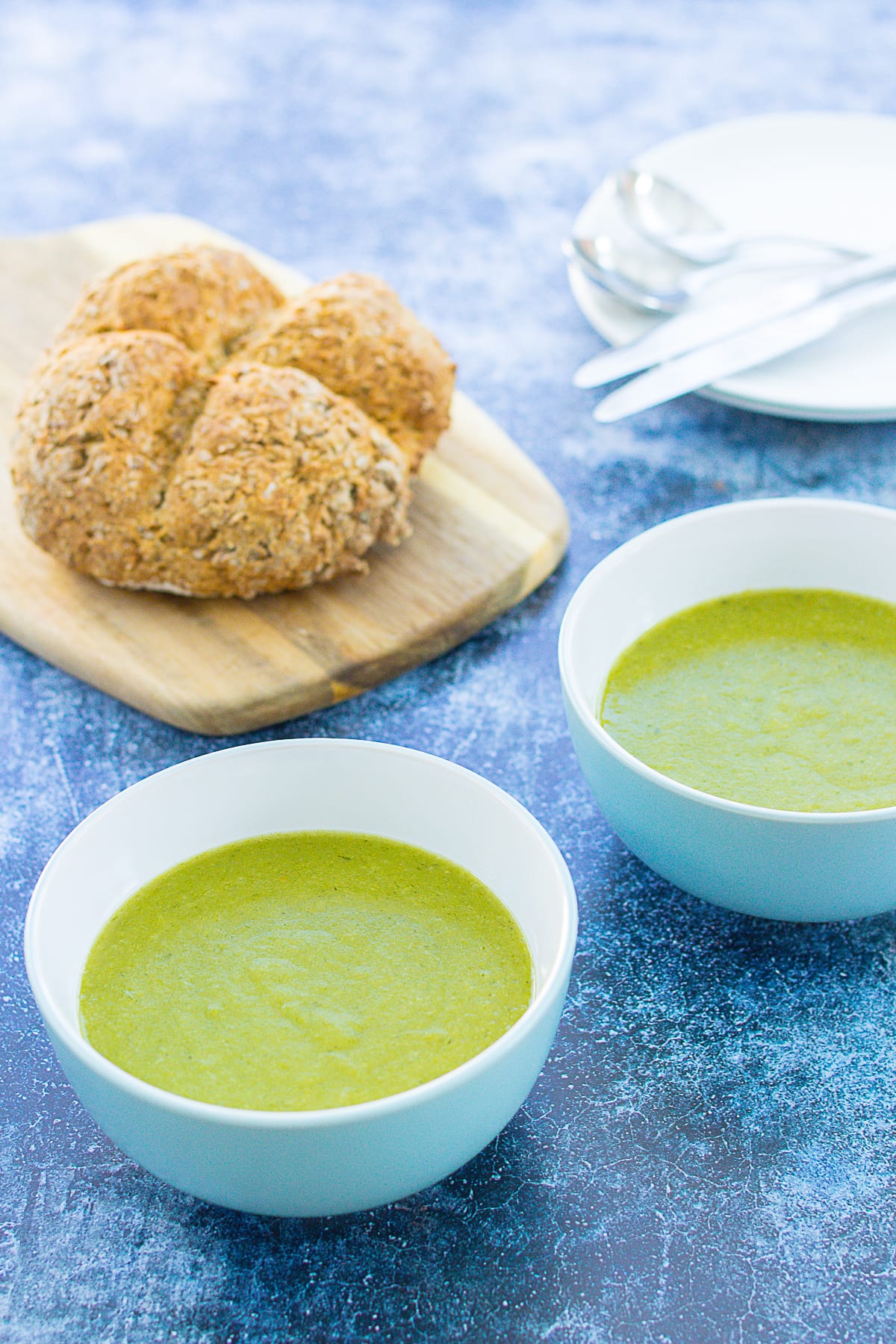 How long does soda bread keep for?

Soda bread is best eaten freshly baked, but will keep for 24-48 hours if stored in an airtight container.

Can you toast soda bread?

Can you freeze soda bread?

Soda bread freezes very well. Simply put the cooled soda bread in an airtight container and place in the freezer, where it will keep for up to 3 months. 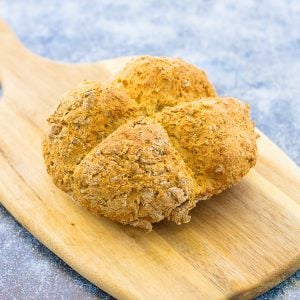 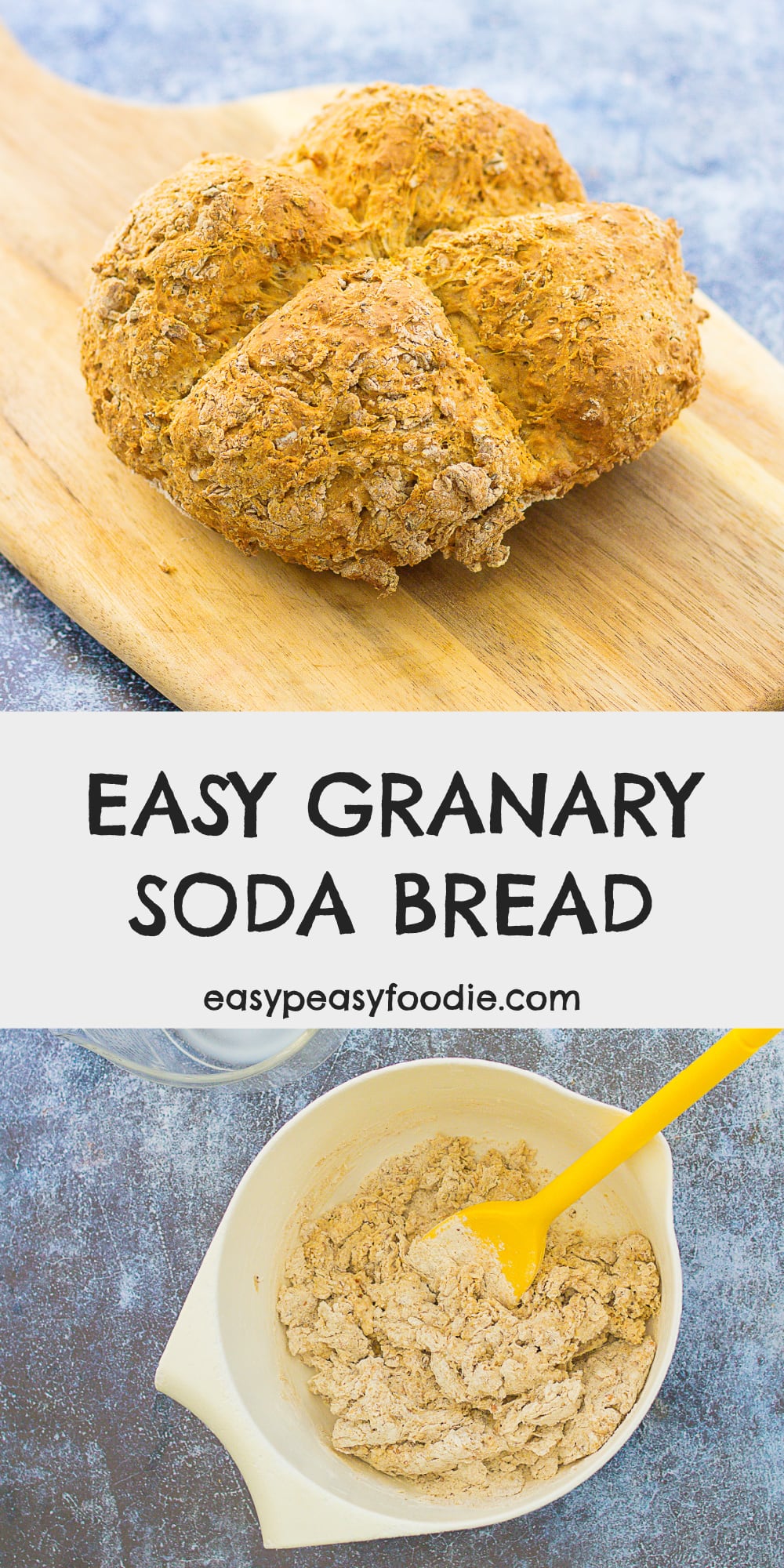