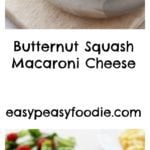 This Butternut Squash Macaroni Cheese recipe is so super easy – it takes well under 30 minutes and doesn’t involve making a roux, plus it’s a deliciously sneaky way of getting 1 of your 5 a day – perfect for fussy eaters!

I love the idea of adding butternut squash to macaroni cheese – not only is it a really easy and delicious way of getting 1 of your 5 a day, but also the sweetness of the butternut squash contrasts beautifully with the sharp saltiness of a good mature cheddar. 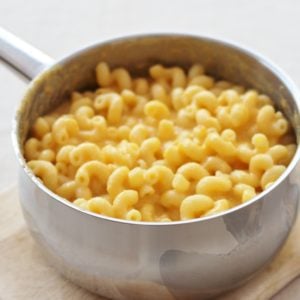 There are lots of recipes all over the internet for Butternut Squash Macaroni Cheese (or Butternut Mac and Cheese as my friends over the pond prefer to say), but a lot of them are rather complicated, involve making a roux (which I know sends many otherwise perfectly competent cooks into a bit of a spin), or use far too many pots and pans for my liking! So I set about creating a really super simple version of Butternut Squash Macaroni Cheese that could be made in minutes and using only 2 pans. 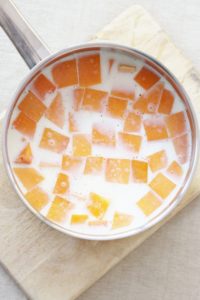 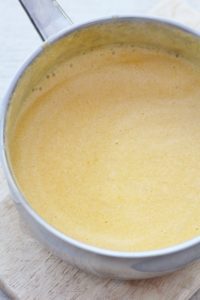 I tried out my ideas, and it sort of worked, but my first attempt was a bit runny, so I came up with a rather ingenious solution to the problem. I part cooked the pasta the normal way and then let it finish off cooking in the sauce – the pasta itself absorbs some of the water, resulting in a macaroni cheese with a lovely soft saucy consistency, but without being too runny. I like this more saucy consistency to my macaroni cheese, however if you prefer a thicker sauce, you could always mix a tablespoon of cornflour with a little milk, and then add this to the sauce before adding the pasta. 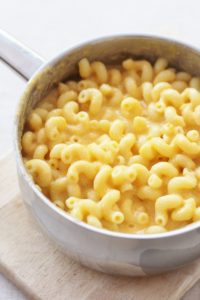 Mostly in the UK we finish off our macaroni cheese under the grill or in the oven, but I notice that many American recipes don’t do that…and it made me wonder why we bother in the UK. Yes, it’s sort of nice to have those lovely crunchy bits on top, but it’s a lot of fuss and bother – not to mention extra washing up – AND an extra 10-20 minutes cooking time…I think I can live without those crunchy bits. 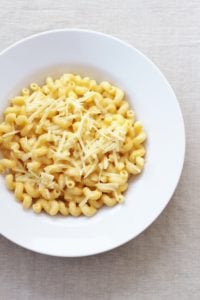 But if you simply can’t do without the crunchy crispy crust on top of your macaroni cheese, then simply tip the finished pasta into a shallow oven dish and sprinkle with a little extra cheese and/or bread crumbs, then place under a hot grill until golden and bubbling…then find someone else to tackle the extra washing up 😉 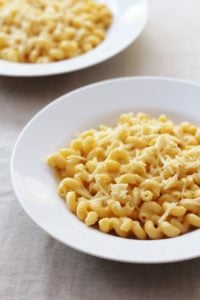 I think this works best with a simple salad, but you could always serve this up with a few veggies, if you prefer – a mix of peas, sweetcorn and broccoli would be nice. And wine wise, a lovely crisp sauvignon blanc would cut beautifully through the sweetness of the butternut squash. 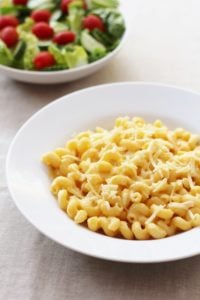