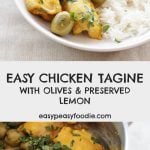 A classic Moroccan Tagine of Chicken with Olives and Preserved Lemon – the sharpness of the lemons and the saltiness of the olives pair perfectly with the tender slow cooked chicken thighs – serve with rice or couscous for a deliciously easy peasy dinner. 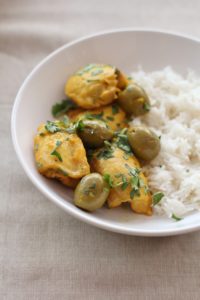 I was first introduced to this classic tagine whilst reviewing Sabrina Ghayour’s wonderful recipe book Persiana. It was one of the recipes I most wanted to cook for my review. It’s a fairly traditional tagine, which Sabrina has simplified for her book.

I really liked the flavours, but felt it could do with a few tweaks – a little less lemon (I love lemons but Sabrina’s version was too lemony even for me!), shorter cooking time (her version took over 2 hours – I wanted to create a version that could be done in under half that time) and slightly less liquid (Sabrina’s sauce was quite watery – I wanted to see if I could do something a bit more concentrated). 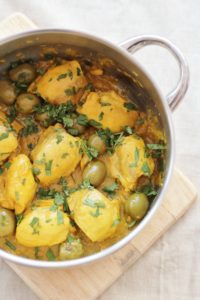 A little fiddling about in the kitchen later and I think I’ve got my version down! It’s super simple, super tasty and fairly quick to boot. I’ve cut down on the lemons quite drastically – from 6 to 1 – and slashed the overall time from 2h 20 to 1 hour (and only 15 minutes of that is prep time – yay!). I’ve used boneless chicken thighs to make things even easier (but feel free to use bone in ones if you prefer) and generally simplified the recipe to make it as easy peasy as possible.

I like to serve this with basmati rice, but you could also serve it with couscous, flatbreads or even mashed potatoes if you wanted to give it a British twist (just call it fusion food!). 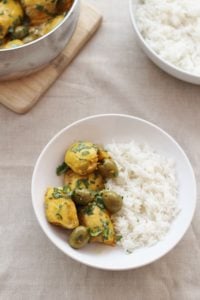 If you want a side dish to accompany this Easy Chicken Tagine, I suggest a simple salad would be perfect – either a green salad, or you could make a Middle Eastern Shirazi Salad: a delicious mix of tomatoes, cucumber, red onions and pomegranate seeds dressed simply with lemon juice, olive oil, salt and pepper, which looks very pretty and tastes gorgeous – especially if you make the salad ahead of time and allow the flavours to develop. 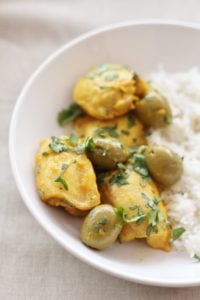 Wine wise, this Easy Chicken Tagine is perfect with a crisp citrussy Sauvignon Blanc to match the sharp lemon flavours in the tagine. Or, if you fancy something a little different, a Southern French rosé works quite well too. 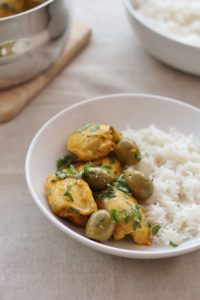 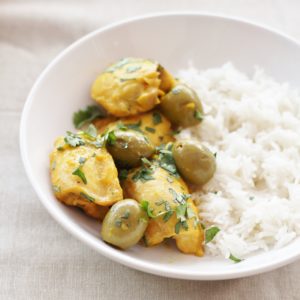 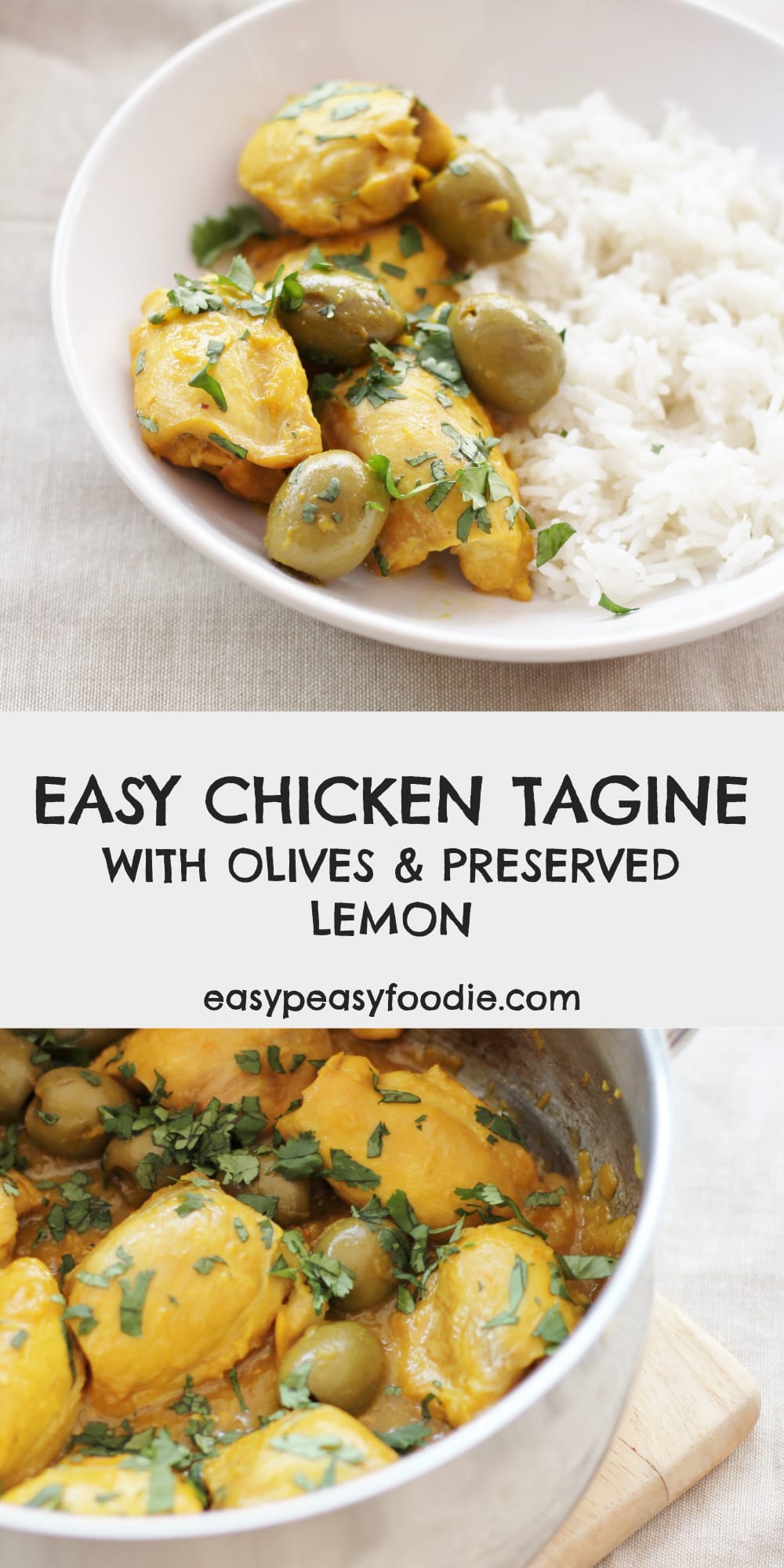